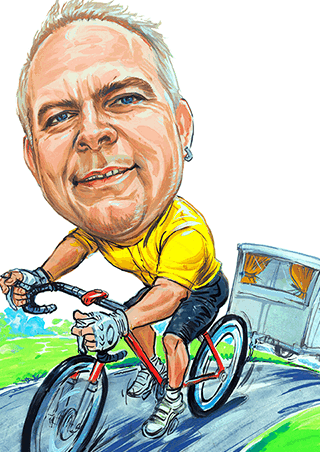 David G. Broadbent graduated from the University of Newcastle (NSW, Australia) in 1987 after having completed an Honours Degree in Psychology. During his undergraduate years he conducted innovative research within the area of attitudes toward paraplegics with special emphasis upon the "strength" of avoidance behaviour and how this might be manipulated. David's research presented a new paradigm which strongly questioned contemporary theories of avoidance and placed greater emphasis upon eye-contact variables. David was concurrently employed, on a casual basis, with management consulting firm John P Young and Associates, providing psychometric assessment services. He was also the youngest accredited crisis intervention counsellor with the Lifeline organisation in Australia; staffing "the phones" from age nineteen.

Upon leaving University David accepted an offer of employment from the Commonwealth Rehabilitation Service (now known as CRS Australia). It became apparent that the geographical area was deficient in quality pain management services and David was instrumental in developing and coordinating a Pain Management Workshop which was very well supported over the years. David has presented papers at the First National Rehabilitation Conference (1991) and the Tenth National Behavioural Medicine Conference (1993); concerned with the psychological reactions to pain and relevance to treatment protocols.

David also has an interest in people who have experienced a wide range of stress difficulties; ranging from occupational based stress to Post Traumatic Stress Syndrome. He presented some of his ideas to the First National Occupational Stress Conference (1994) and was an invited speaker at the Third National Employee Assistance Professionals Association of Australia Conference (1994). David has been an invited speaker at Huntersafe and Futuresafe 2001; the lead Occupational Health & Safety Conference in the Asia Pacific Region. David was particularly sought out for his ability to pragmatically provide education on the impact of traumatic incidents in the workplace and the value of dealing with them from an OH&S perspective. He has also been involved in the training of Psychologists in various parts of Australia; specifically looking at the area of Occupational Stress Assessment and Rehabilitation protocols. David has been invited to present his thoughts on the relationship between Leadership Behaviours and Safety Performance at the XXVIIIth International Congress of Psychology to be held in Beijing, CHINA, during August 2004. The International Congress of Psychology is the "Olympic Games" in the Behavioural Science world and it is a rare honour for a privately practicing psychologist to be invited to present a Paper.  Since that time David has presented to forums in China, USA, UK, Malaysia, Singapore, Egypt, Oman, Saudi Arabia, India, South Africa, Indonesia, and Hong Kong

David has responded to a growing global interest in the application of Resilience to business outcomes. He developed the world’s first safety development workshop which incorporated Resilience Engineering and High Reliability Organizing (HRO) in an offering which has been called “Building a Resilient Safety Culture”.

David's client's regularly comment that his style is very pragmatic and "down-to-earth" whilst also at the same time being to bring to bear all the valuable lessons of the psychological treatment method toward their individual concerns.

In the latter part of 2008 David was involved in a near fatal cycling accident. You would not believe this accident occurred less than one week before he was due to return to South Africa, to work with the senior leadership team of one of that country’s largest industrial support businesses. David has been told that whilst he was laying semi-conscious in the "emergency room" he was heard to keep saying to the attending Doctors, "you need to put me back together I’m going to South Africa next week”. Well, as you can imagine, he never got there.
This accident resulted in David experiencing a multi-punctured lung, and multiple fractures - they stopped counting at 24 – he should not be alive. The surgeon described David’s injuries as though “a hand grenade had exploded on the inside”. He was literally screwed back together; his upper left arm/shoulder is now largely Titanium. David suggests that his net worth goes up & down with the stock market. David is forever grateful to the global mining community for their efforts in providing the metal that holds him together.

David is also one of Australia's leading workplace safety thinkers and for some years has been at the leading edge of leadership development solutions for all types of organisational structures.